People of The Atlantic – The Surfrider Malibu 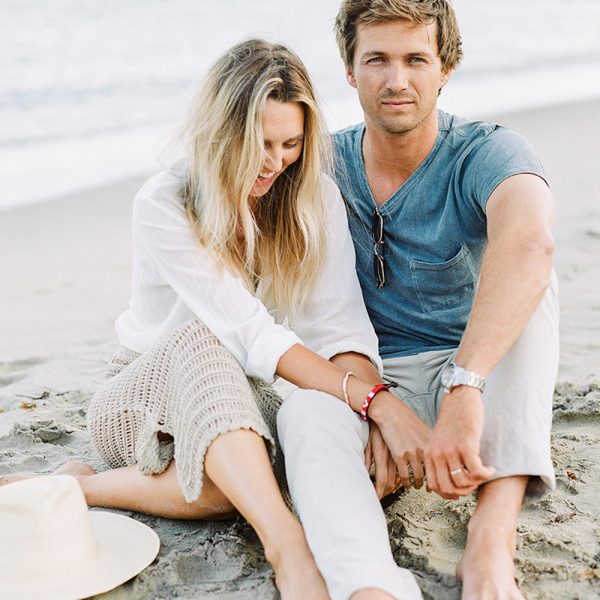 In short, tell us a little bit about yourselves?

Matthew and I are husband and wife. Matt’s Californian, I’m Australian, originally from not-so-little-anymore Brisbane, with a family farm in Federal. I moved to NYC at 21… well actually, I took a 6 week holiday and never went home. 11 years and counting. NYC is where Matt & I met.

Matt’s an architect by trade and I’ve had about 50 careers in my 32 years (mostly with some sort of focus on real estate, design, branding) all which beautifully blended for the skills needed to open a hotel. Travelling is my passion. I learned young that I was really really good at holidaying. I visited 50 countries in my 20’s. I am inspired by different cultures, the human spirit, design, food, drink, art, energy. There’s something special about travelling… feeling equally relaxed, inspired, alive and driven all at the same time. Being able to bring these things together in one place, whilst inspiring and relaxing others. That’s the dream. 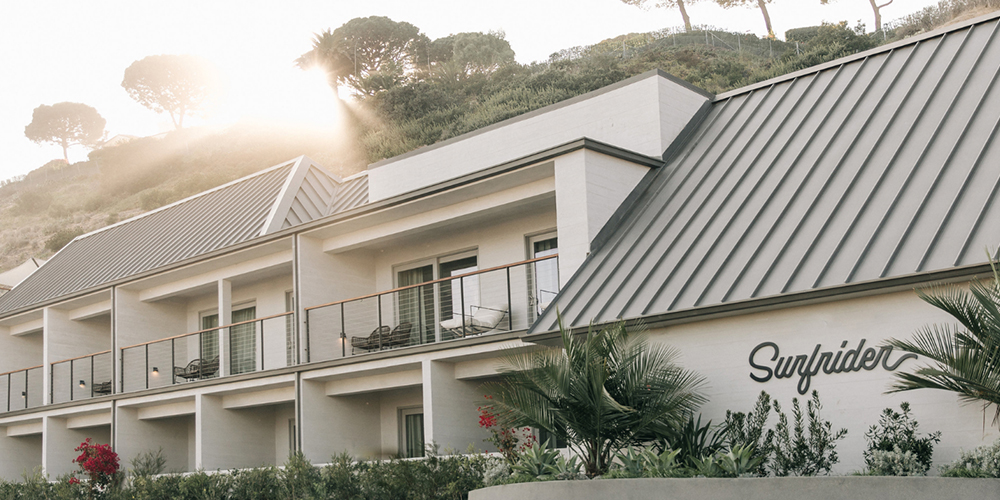 It’s about an in-context local Malibu experience based on a foundation of honesty and integrity across all things; the local experience (it’s fun, and real and a true taste of the California dream!), the way we do business, the design choices and the Surfrider crew (kind people you actually want to be friends with).
We (The Surfrider) know who we are and we are comfortable and proud of who we are. We have a human approach to hospitality; it’s the anti-80’s hotel! Nothing stuffy. We give ourselves permission to have personality (lots of it!).

Everything about The Surfrider seems considered, how many sleepless nights has it taken to get it where it is now?

Thank you! It’s so flattering to hear that was your take away.
The new Surfrider was in redesign/development for 4 years (!!) and is always evolving. Originally built in 1953 and iconic to the area (literally the hang-out spot of the 60’s and 70’s) there were so many things to consider in the renovation and, with Matt as an architect, we wanted to take a slow and sophisticated approach to the design, not just a repainted old motel. The goal was to make it feel like a modern boutique hotel that paid homage to its iconic era.
As for how many sleepless nights… I understand now when those I respect most in business say “it will never feel finished” followed by “it’s all about learning the balance”.  Still learning! 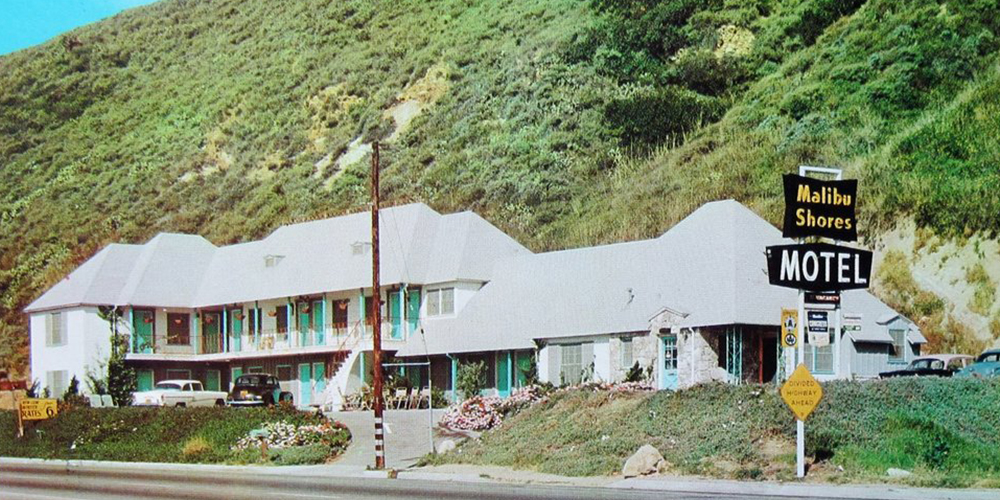 Having stood as the Malibu Shores Hotel of the 50’s, were the locals supportive during the redevelopment?

It was a long road but we worked with the city/community/permitting, rather than against them. We too wanted to do justice to such an integral part of the community. Plus, Matt’s a local so that helped! To put it into context, The Surfrider was such an iconic part of the Malibu landscape. It’s in the background of thousands of sepia tones photographs. Neil Young’s bar; Crazy Horse Saloon, was next door. It’s where long board surfing and hot dogging became famous. Bruce Brown (Director of cult classic film, The Endless Summer) called the wave across the road “the perfect wave” and based the film around searching the world for somewhere just as good. The Surfrider was part of all this. It’s got stories in its walls.

We tried to balance that fine line of satisfying a modern traveller’s need, giving an authentic “California Dream” experience, a high end architectural design and making sure to satisfy all the locals (and trust me, it’s an eclectic mix of us in Malibu). The first week we opened, the drummer from The Doors walked in off the street, sat at the bar and proceeded to tell us stories from his times there in the decades past. The real tick of approval came when he asked for a permanent seat at the bar with his name on it. 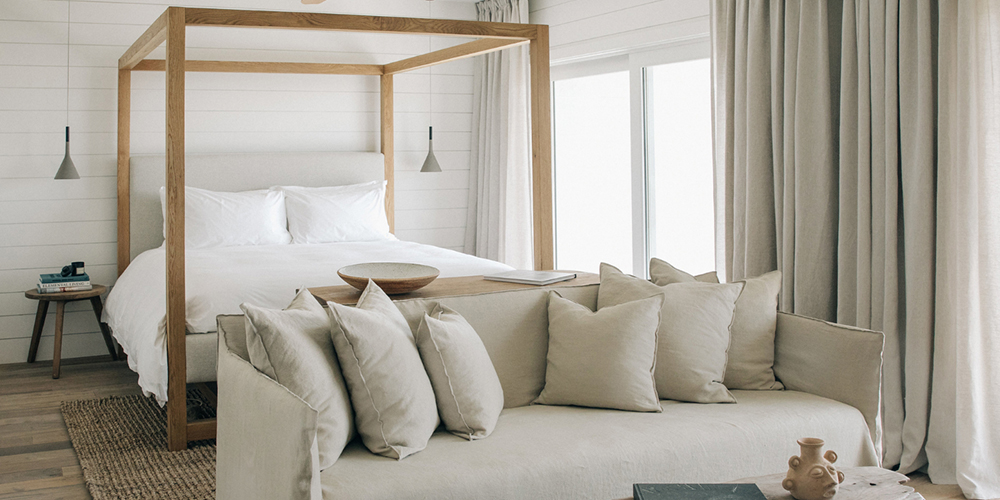 What hotels inspired The Surfrider style and energy?

Back to personality… The Atlantic!

Domaine De Murtoli in Corsica in the way that they worked with the land to create a truly authentic experience.

We are still constantly inspired, not just by hotels, but also creatives, entrepreneurs, brands breaking the mould. That’s what we wanted The Surfrider to be for people. We wanted people to leave feeling inspired; not even just because of the design, but because the experience has given them a renewed energy. A little taste of The Californian dream.

What is it that you love about Byron?

That the days feel so much longer than anywhere else in the world, in a good way. The food. The sense of mateship. There’s something special about being an Aussie, a special camaraderie that only other Aussie’s understand. Community. The creative pulse. The secret that people in Byron actually live in a way that everyone else spends their entire life trying to get to. Must be something in the water?

What is it that you like/love about The Atlantic?

LOVE! I have so much respect and admiration for what you’ve built, I believe The Atlantic was an innovator in the boutique hotel industry, marching to the beat of its own drum and you guys weren’t scared to say “hey, this is how we are going to do boutique hotels”. The Atlantic has a beautiful balance of fresh energy and comfort. It has a way about it that makes you want to wake up early and seize the day but, also, be completely ok with just hanging around the property all day still feeling content. Its clever in-context design without being uncomfortable and stark. It feels like Byron Bay!

If you woke up in Byron tomorrow with no agenda, what would your day look like?

6am: Matt surfs. I do yoga on the beach.

8:00am: Brekky. It doesn’t get much better than an Aussie brekky. Bay Leaf is my in-town go to (check out The Society Inc and Island Luxe post-brekky).
If I’m at home, my beautiful brother has the best eggs in the country (Honey Breeze Eggs) and a market garden to fill in the blanks. His partner, Carter (Were Bros), bakes the most delicious sourdough.

9:00am: Beach. Cozy Corner at Tallows. The water colour and rock pools are divine. I could spend hours and hours looking at the different colours of the star fish. And I’ve never seen greener seaweed than I have in Byron.
*Insiders tip: Aussies are off the beach by 11:30am.

12pm: Lunch & shop. I love a little Woods Bangalow / Bisque combo. But also, The Farm followed by a stroll around the farmers plots.  How many days do I have on this trip?!

2:30pm: Right, so we’ve established I have at least 4 days and I’m on holidays, correct? So, insert an afternoon nap under a Pandanus here. Comma is always amazing for a massage too. It’s worth it just for the tea they serve at the end (I must find out what that is!). If Comma is the route of choice, stop by and say hi to the McTavish crew on the way out of the Industrial Estate.

Sunset: I do love a good beach picnic at a secret cove that must remain secret (sorry). I typically grab some oysters from town (best served on newspaper with some lemon), a few cheeses, a loaf of bread from my earlier visit to The Farm (or Carter if baby Patience is giving her time to bake) and a bottle of white wine.

*disclaimer: always have at least one mango per day during summer in Australia. You’ll miss them when you leave. Best enjoyed hand peeled, on the beach, eaten like a stone fruit with a swim to wash it off.

**disclaimer 2: insert friends into all of the above.

This is what I mean about the days in Byron feeling longer! 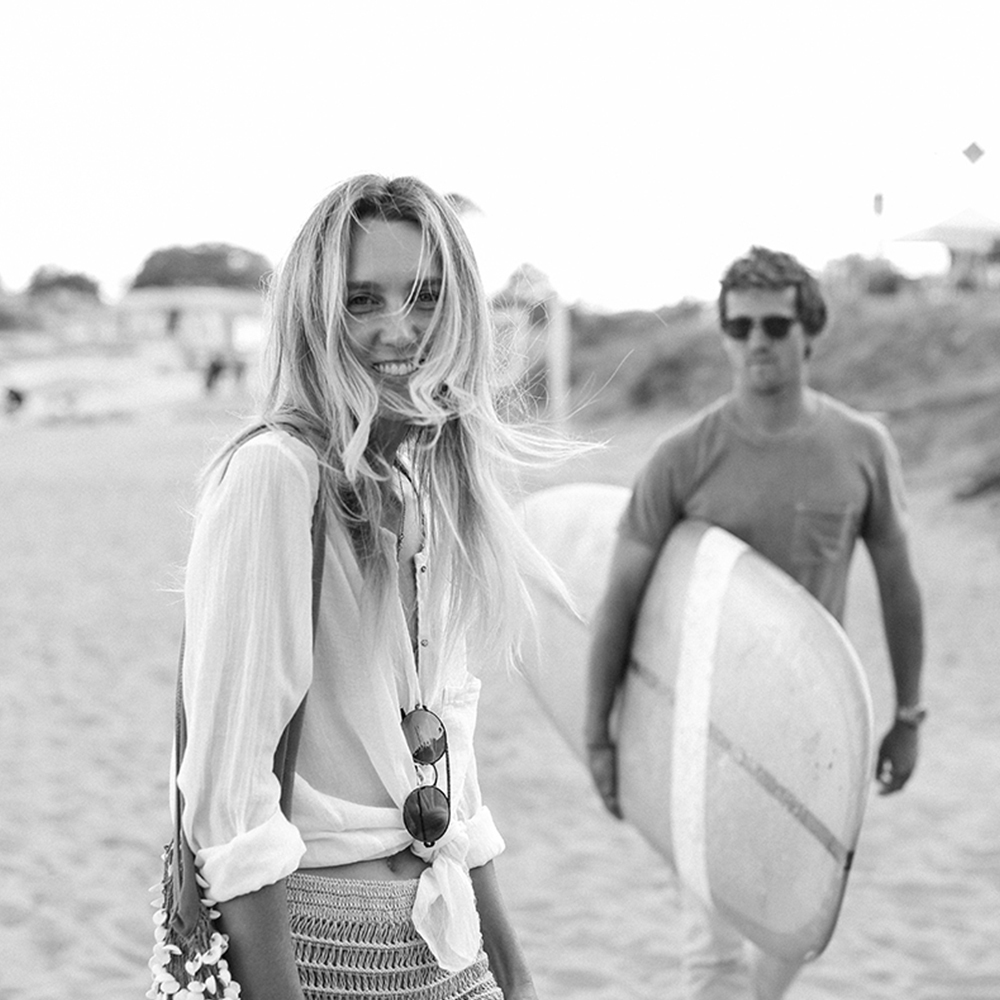 I’ve never really been very good at planning! Trust the gut, go with the flow, take chances, be a yes person! And, hopefully, watch this space.

Connect with The Surfrider Malibu here and next time you’re cruising about in California, be sure to stop in for a couple of nights.